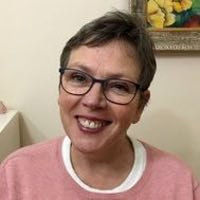 Fiona Hallinan
comes from a traditional education background having obtained her nursing (1983) and midwifery (1989) qualifications through the hospital system. Midwifery immediately becoming her passion, Fiona worked in both private and public hospitals in Melbourne, Australia, and ventured into the world of private practice as a midwife. Initially private practice midwifery involved supporting women, predominantly orthodox Jewish women, through pregnancy and birth in hospitals. In 2007 Fiona’s midwifery practice ventured into the world of home birth.
Interwoven throughout Fiona’s midwifery practice, has been an involvement in midwifery education. Fiona established the first Graduate Midwifery Program in the private sector in Melbourne in 1997 and ran workshops focusing on an understanding of the dynamic pelvis.
Fiona now works as a Maternal & Child Health Nurse in the community and teaches bodywork for birth and internal vaginal work to many women on a 1:1 basis.
Working with Jenny, teaching workshops to fellow ‘pelvic geeks’ and lovers of birth, brings Fiona enormous happiness. 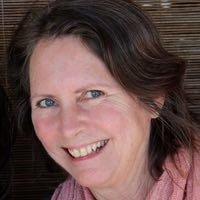 Jenny Blyth
works as an independent birth educator, bodyworker and birthworker. She has been working with natural birth in Australia for over 35 years, preparing and supporting many women through pregnancy, birth and early parenting. Studies in Somatic Psychotherapy & Ortho-bionomy have been a great influence on the development of Jenny’s practice.
In 1994 Jenny initiated the annual Women’s Dreaming Camp– designed to cultivate joy and self-expression through combining eco and adventure therapy with performance and creative art. It has been running now for 24 years.
Jenny has facilitated Birthwork Workshops for 15 years. These wisdom-in-action workshops explore the many facets of working with birth through growing self-awareness & skills. For the last 10 years Jenny & Fiona have presented a Birthwork Workshop series called Parts 1 & 2– Creative Ways of Making Space for the Baby, and enjoy teaching together and having a mix of professionals and parents and support people – interacting, touching, and communicating with each other. Together, Jenny & Fiona have assisted an enormous number of women to connect with, understand, admire, prepare and heal their sacred pelvic space.
Jenny is project co-ordinator and core team member of Lao Birthworkwhich raises funds and makes annual trips to poor, remote and under-resourced districts in Laos to train health workers and midwives in hands-on skills for birth.
She is also author of 2 books Birthwork & The Down to Earth Birth Book; creator of the film A World of Birthworkers and co-creator of the birth films The Big Stretch and The Big Stretch Sequel.
www.birthwork.com
www.worldbirthhub.com 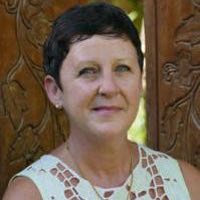 Natalie Lejeune
​is a French osteopath who has been specialising in women's health for over 20 years.
​She completed a master’s thesis on the impact of caesareans on the pelvis and has done extensive research on the consequences of hysterectomies and pelvic disorders, lumbago, sciatica and femoral nerve inflammation.
She has also done advanced anatomical studies in human dissection at the Faculty of Medicine in Paris and completed post-graduate work for 17 years in France with Jean Pierre Barral, an internationally recognized French osteopath and a researcher in osteopathy for over 45 years.
Osteopathy has given Natalie Lejeune unique insights into the treatment not only of physical illnesses but also imbalances of the mind and the subconscious, leading to health issues.
Natalie currently lives in Bali and free-lances around Asia and Australia for teaching. Her workshops on Advanced Urogenital Osteopathy has participation from osteopaths, physiotherapists, midwives and doulas. She is a member of the French register of Osteopaths (ROF) since 1999.
www.natalielejeune.com
Back to Event